Welcome to Midland… deemed a safe, clean and friendly city with a population of over17,000. It is the economic hub of Southern Georgian Bay, which boasts a population exceeding 48,000 within a 25 km radius. In summer months, the area population grows to over 100,000 due to over 8,000 cottages, resort hotels, provincial and national parks in the surrounding municipalities of Penetanguishene, Tiny and Tay.

Built upon its rich history as a lake port terminus for lumber and locally produced grain in the 1870’s, Midland has continued to grow with a sustainable local economy based on a number of light industrial companies and tourism. Situated at the southern end of Georgian Bay's 30,000 Islands, it is the economic centre of the region, with a 125-bed hospital and a local airport (Midland/Huronia Airport).

Penetanguishene’s, the sister city to Midland with a population of just over 9,000, also offers the lifestyle benefits of a waterside community on Georgian Bay.  The city has several light industrial businesses, in addition to Waypoint Centre for Mental Health, one of the region’s largest employers located on the shores of Georgian Bay. Tourism occupies a considerable portion of the economy with five marinas and shops and restaurants catering to the tourist trade.

Midland and Penetanguishene are among 6 cities in Central Ontario with a public transit service. Simcoe County’s LINX inter-community service offers an extended public transit link with connectivity between Barrie, Orillia, Midland / Penetanguishene, Collingwood and Wasaga Beach. This transit network also enables access to Southern Ontario's GO Transit (the Barrie line and GO bus Route 68), as well as, the Ontario Northland service linking Sudbury, Orillia, Barrie and Toronto.  Although there is no local Via Rail connection, transcontinental passenger service is available via the Washago station at the north end of Lake Couchiching.

Steeped in culture, Midland has much to offer. Around the centre of Midland there are a number of murals painted by a local artist, the largest, depicting a meeting between a local native and Jesuit Missionary Jean de Brebeuf on the silos overlooking the main harbour. Other attractions include Sainte-Marie among the Hurons, which is now a living museum depicting missionary life in the 17th century, the Martyrs' Shrine  commemorating eight missionaries from Sainte-Marie who were martyred during the Huron-Iroquois wars and the Wye Marsh which is a habitat for trumpeter swans, black terns and least bitterns.

Penetanguishene dates back to the War of 1812 when its sheltered bay offered safe harbour to the British fleet. Over the next 40 years, Metis and French settlers moved into the area creating a cultural mosaic which like the Lafontaine area in Tiny Township has a distinctly bilingual nature.

Tiffin by the Bay, Riverwalk and Bayport Village are examples of other quality waterside neighbourhoods that attract home buyers to the area.

There are a total of 7 properties matching your search. 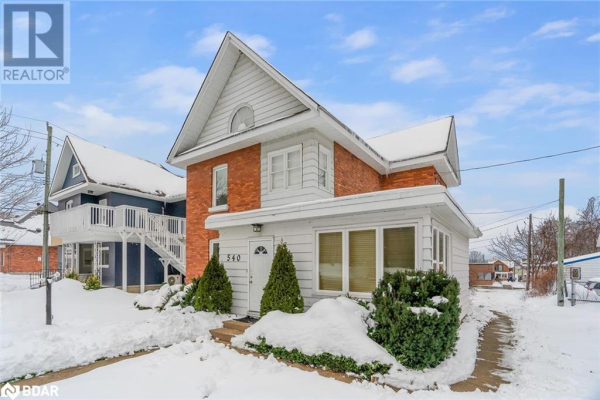 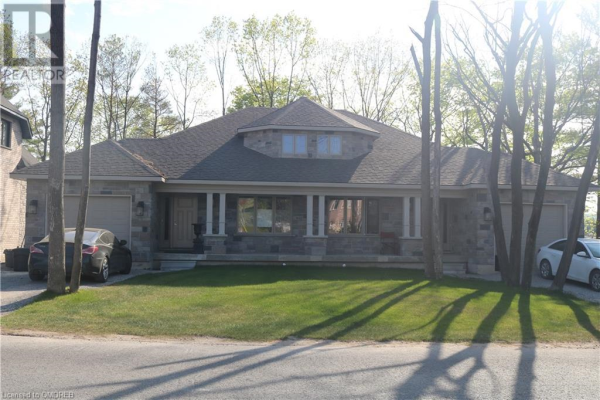 Terms of Use
This website is operated by Robert Miller & Monika Lowry, a salesperson who is a member of The Canadian Real Estate Association (CREA). The content on this website is owned or controlled by CREA. By accessing this website, the user agrees to be bound by these terms of use as amended from time to time, and agrees that these terms of use constitute a binding contract between the user, Robert Miller & Monika Lowry, and CREA.

Copyright
The content on this website is protected by copyright and other laws, and is intended solely for the private, non-commercial use by individuals. Any other reproduction, distribution or use of the content, in whole or in part, is specifically prohibited. Prohibited uses include commercial use, "screen scraping", "database scraping", and any other activity intended to collect, store, reorganize or manipulate the content of this website.

Trademarks
REALTOR®, REALTORS®, and the REALTOR® logo are certification marks that are owned by REALTOR® Canada Inc. and licensed exclusively to The Canadian Real Estate Association (CREA). These certification marks identify real estate professionals who are members of CREA and who must abide by CREA's By-Laws, Rules, and the REALTOR® Code. The MLS® trademark and the MLS® logo are owned by CREA and identify the professional real estate services provided by members of CREA.

Liability and Warranty Disclaimer
The information contained on this website is based in whole or in part on information that is provided by members of CREA, who are responsible for its accuracy. CREA reproduces and distributes this information as a service for its members, and assumes no responsibility for its completeness or accuracy.

Amendments
Robert Miller & Monika Lowry may at any time amend these Terms of Use by updating this posting. All users of this site are bound by these amendments should they wish to continue accessing the website, and should therefore periodically visit this page to review any and all such amendments.